A run down of exciting new developments in Jamaica’s literary and art worlds.

As a new year hurtles towards us, the worlds of writing and visual art in Jamaica are poised to come into their own once again what with stars like Marlon James and Ebony G. Patterson blazing their way to global attention in 2015. You might say a strong current is buoying Jamaica right now and those equipped to swim with it are bound to soar. Can aquatic creatures soar? are we mashing metaphors here? No doubt…but methinks the situation warrants it.

James’s Booker win with his novel A Brief History of Seven Killings has set off a maelstrom of praise and adulation but also concern from some Caribbean literary critics who maintain the work is needlessly violent. How to represent the internecine violence we live with in a seemly manner is a moot subject that will fuel many a literary conference to come; in the meantime Marlon James has adroitly dismantled the thatch ceiling that seems to veil the work of Caribbean writers from international visibility.

Kei Miller, James’s counterpart in the literary world, known more for his Forward Prize-winning poetry than his prose has just signed a six-figure deal with Knopf for a fictional work. Indeed his manuscript Augustown was the subject of a bidding war between publishing giants Penguin, Random House and Knopf, all offering six-figure deals. Miller’s agent chose Knopf, whose editor also works with Toni Morrison.

This is what I call the Marlon James effect. Doors have been flung open! as Kevin Jones remarked on Facebook. The success of Brief History has made publishers sit up and take notice of a culturally rich region they had somehow managed to overlook all these years. 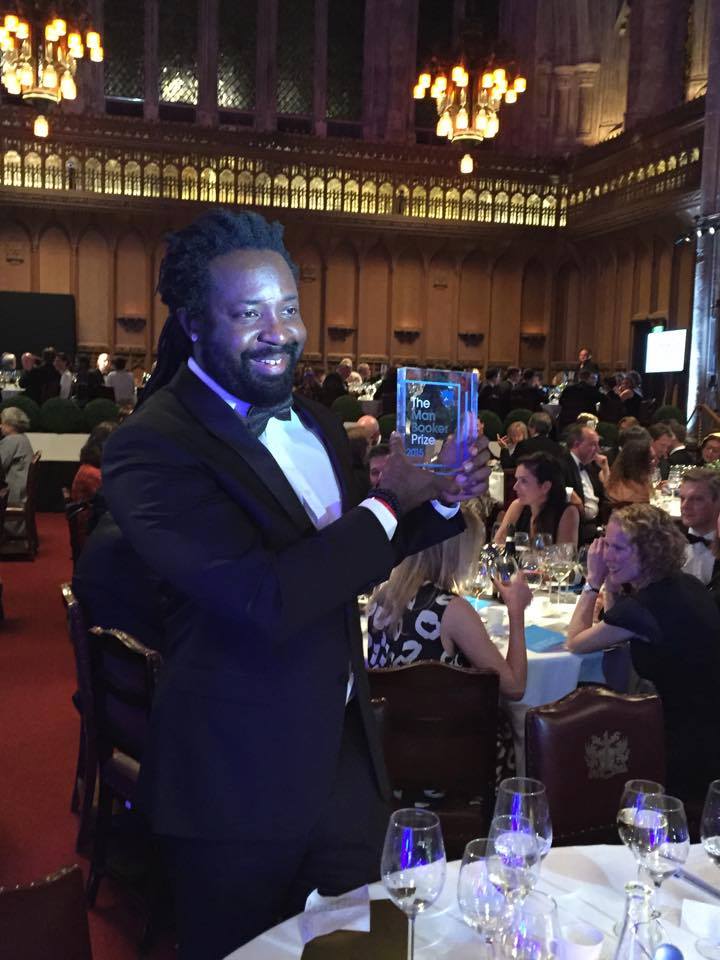 To give some perspective–not even the much lauded Booker winner Marlon James himself was offered six figures by his publisher, River Head–but that was before the stir that his ambitious novel subsequently created. The bidding on his next novel will likely hit seven figures. Move over 7-Star General LA Lewis!

It must be added that Kei Miller’s Augustown was an excellent manuscript, and any really good writing coming out of the Caribbean in the next year or two is likely to arouse the interest of all major publishers. “Roland need to send out something,” remarked Marlon James colloquially, referring to Roland Watson-Grant, a third Jamaican writer whose brilliant novels have yet to get the attention they deserve. 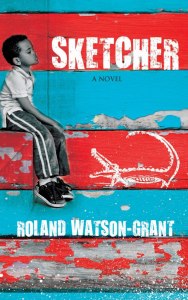 _Space Jamaica and The Current

Meanwhile over in visual art the thatch ceiling is about to be blown away by a very ambitious project called _Space Jamaica, the brainchild of Sotheby-trained Rachael Barrett, who has recently returned to Jamaica with visions of starting an international museum of contemporary art in Kingston and other points in the region.

Located at premises owned by the Henzell family and run as a cultural space for many years _Space Jamaica will hold two shows a year, one in December timed to take advantage of traffic to Art Basel Miami and the other in June to coincide with Kingston on the Edge, a small but exciting series of activities curated by young Jamaican ‘creatives’ and led by Enola Williams. June 2016 will see _Space Jamaica launching its inaugural exhibition with a solo show of works by Jean-Michel Basquiat, curated by Rachael Barrett. Titled I FEEL LIKE a CITIZEN, Barrett “will take a new approach to Basquiat’s oeuvre, examining his life, work and cultural legacy from the perspective of his Caribbean heritage.”

In early December Barrett held a preview of what’s in store for the museum with an ambitious programme of activities, some of which fell through, due to funding and other delays. The highlight was a lunch for diplomats and others held at the Old Railway Station in downtown Kingston. The station is in disuse since the trains stopped running more than a decade ago.

This was followed by the welcome announcement on December 16 by mega-collector Francesca von Habsburg, founder of Thyssen–Bornemisza Art Contemporary (TBA21) that TBA21 would be giving  _Space Jamaica a significant US dollar contribution to be matched, she hoped, by local contributions.

In addition TBA21’s ground-breaking (or perhaps ocean-breaking would be a better term) The Current International Research Programme will hold its first ever ‘Convening’ (an inter-disciplinary conference) at _Space Jamaica from March 16-20, 2016. The Current which was launched at COP 21 in Paris instead of Art Basel Miami reflects von Habsburg and her partner Markus Reymann’s shift from pure art (for want of a better expression) to art that engages with environmental problems. According to Reymann the Foundation is interested in knowledge production, not just art production.

Thus The Current, “a three-year exploratory fellowship program taking place in the Pacific, will offer artists, curators, scientists, marine biologists, anthropologists, and other cultural producers a platform to generate interdisciplinary thought and knowledge.”

The curator leading the inaugural voyage is Ute Meta Bauer, founding director of the recently opened Centre for Contemporary Art (CCA) in Singapore, who curated the US entry to the Venice Biennale this year; she was also part of the curatorial team of Documenta 11. It will be exciting to see what she comes up with for the Current Convening in March.

In spite of the unprecedented wealth of scientific information available, global environmental woes are still largely underestimated and poorly communicated. Art can be a powerful weapon if used well, by challenging us to reconsider the way we think, feel, and live instead of just conforming to the rules of the growing art market. After all, the next 10 years are going to be the most important in the next 10,000.

At the dinner in Kingston celebrating the successful unfurling of The Current von Habsburg announced TBA21’s support of _Space Jamaica and explained why she was shifting her attention “to the environment, to climate change, to preserving our oceans”:

They are my priority for a very special reason–mainly because of Jamaica–because i came here as a baby. I learnt to swim here, i learnt to snorkel here, i learnt to dive here. I taught my children–my beautiful daughter Eleonore who just came in today–i taught her to swim here and to snorkel here and to dive here. So I’ve been on these reefs for over 55 years and I’ve seen a colossal difference and I’ve seen what has been happening to the oceans, not just the oceans here, but to oceans all around the world. So for me Portland is a big accent on my attention, and as a result of that I created a foundation called the Alligator Head Foundation, which will be registered shortly, because it takes a while to get things registered in Jamaica as you know. The Foundation is to follow a very important establishment of a fish sanctuary which will be called the East Portland Fish Sanctuary. It is two hectares in size and it’ll be the biggest fish sanctuary in Jamaica. I’m meeting with the Minister tomorrow and I hope to be able to establish the sanctuary by the end of the year, if not the very beginning of next year. And these two things come together, I’ve started to talk about it to many artists and musicians that i know and there’s a whole movement of the creative industries that are backing me up on this programme so much to say about that in the future. But when I got together with Rachel this week to talk about her project _Space that she has here in Kingston–she’s been working with a great architect I’ve known for many years called David Adjaye but in particular this design was done by Vidal Dowding, an architect who I have a lot of time for and a lot of admiration–and I thought this idea of taking over a previous cultural space and reactivating it is something that’s really caught my attention. And the contemporary art scene in Jamaica could do with this incredible boost and I think probably the best way to address it is to actually do that in an independent space. I think the National Gallery of Jamaica is of course very much focused on moving into the contemporary art scene and I understand that, but I thought it was time for Rachael to get some real support so, today I’m announcing a gift to the _Space of US$150,000.

These are exciting developments for the local art scene which has been far too insular for far too long. May local donors match Francesca von Habsburg’s generous injection of resources into local art and science in the way the University of the West Indies has collaborated with TBA21 on founding the Alligator Head Marine Laboratory, seconding Dr. Dane Buddo to oversea (a Freudian slip which i shall leave alone) it. May young Jamaicans finally get a chance to experience the best in art and science without having to leave these shores and may it galvanize the country into leaping forward this coming new year.