Well, it would appear that I’ve abandoned blogging and wandered back into the arms of traditional media. At least for the time being. It’s a month now since i started writing a weekly column at the Daily Gleaner, Jamaica’s premier newspaper, and in consequence Active Voice has become inactive. It’s an interesting zig-zag, from column writing to blogging to column writing once again. In a blog you address the big wide world, in a column you tend to address local issues for a local audience.

The movement is not unlike a lens zooming in or zooming out, manually of course, there is no autofocus available, only telephoto or wide angle and all the calibrations in between. As you zoom in small things get larger and more legible; as you zoom out the enlarged shrinks, allowing you to see the big picture and where you fit into it. Occasionally the view becomes panoramic, collapsing horizons and walls, a grand sweep from left to right. 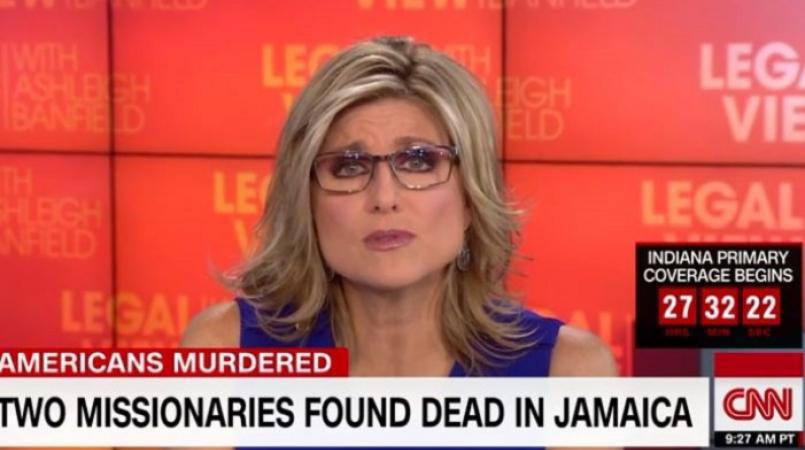 In my second column I took on a group of what I termed ‘cultural nationalists’ who seemed more interested in protecting Jamaica’s image than in changing the dangerously lopsided society we live in, one designed for the middle class and the wealthy, to the detriment of those who have not/naught. A CNN anchor had described Jamaica as a ‘remarkably violent place’ after two North American missionaries were murdered here. Up rose the cultural nationalists claiming that the anchor was  exaggerating wildly and there are only ‘pockets’ of violence here.

This seemed rather disingenuous to me when murder and violent acts dominate the news headlines here daily so that the nation seems equipped with an abnormally large number of violent ‘pockets’, if one must use such imagery. Yes, areas where uptown people live don’t suffer the same intensity of violence as poorer neighbourhoods, but surely to deny that the country has become remarkably violent is like thumbing your nose at those for whom this is a daily reality. Are they likely to disagree with the American anchor’s description of Jamaica?

These are people  who live, as UWI scholar Norval Edwards pointed out in the 90s, in a permanent state of emergency. The rest of us tolerate this, some even demanding this routine abrogation of citizens’ rights. Not surprisingly when the violence then spills across the boundaries and news of it escapes into the international news circuits some of us start squealing about bias and exaggeration when actually what is being reported is the truth.

But of course the truth is dispensable. We prefer to think of ourselves as highly cultured, civilized, law-abiding, English-speaking citizens who do not curse or act violent. This is the image we want to project, let no foreign anchor tell you otherwise. The level of denial and self-delusion is all-pervasive. I spoke to a couple of individuals who don’t live in middle class enclaves and they too insisted that Jamaica could not be called a violent society. A banal nationalism trumps all.

What seems curious to me is that at the same time the cultural nationalists are busy pushing back at portrayals of Jamaica as a violent country by outsiders they have no problem with internal declarations that there is a ‘culture of violence’ here, sometimes even uncritically reproducing this canard themselves. In doing this they seem unaware of the ethnic profiling they are participating in, one that is made amply clear by the following tweet:

In my third column I tried to elaborate on this weird incongruity between local commentators’ denial of the existence of violence on the one hand and their comfort level in  denouncing the ‘culture of violence’ that allegedly exists here. Not all are guilty of this but far too many are and it makes you wonder what’s going on. The following is taken from my column The ‘Culture of Violence’ Thesis:

The ‘Culture of Violence’ Fallacy was the title of a book review by David Scott in 1997 in the second issue of the journal Small Axe. He was reviewing Lauri Gunst’s Born fi Dead and Geoff Small’s Ruthless: The Global Rise of the Yardies. Praising the books’ authors for being ‘thoughtful, perceptive and readerly’ while attempting to arrive at “theoretically informed understandings of the problem of organized violence in Jamaican society” Scott rued the reliance on ‘pop’ cultural psychology in their analysis. The books’ main weakness he said lay in their “unproblematic reproduction” of the view that there is in Jamaica something called a ‘culture of violence’.

Scott noted that while this view was a widely held one, much retailed by the press and others, he doubted its usefulness as a conceptual framework, fearing that it obscured problems rather than illuminating them. What Scott was objecting to–rightly in my opinion–was the proposition that Jamaicans have an inclination towards violence or a ‘constitutional aggressivity’ and that there is social acceptance towards violence in Jamaica. He also questioned the idea that violence was endemic to Jamaican culture or that the frequent episodes of violence here are due to ‘historically constituted behavioural patterns’.

In contrast to the way violence in Jamaica is portrayed countries like Sri Lanka, victim to decades of the most violent conflict and prolonged warfare, are rarely described as having a ‘culture of violence’, said Scott. He went on to clarify that his objection was not to culture being used as a conceptual tool in analysing violence but to the particularly narrow and limited concept of culture employed by analysts.

In her 2011 book Exceptional Violence: Embodied Citizenship in Transnational Jamaica anthropologist Deborah Thomas highlights the same problem pointing out that the notion of Jamaica having a ‘culture of violence’ is so widespread that commentators within the country freely use it without questioning its validity. She cited a National Security Strategy green paper of 2005 that used the phrase unproblematically claiming, “It is now conceded that Jamaica has spawned a culture of violence in its most negative form which is abhorrent to its values and stands in the way of every kind of social progress.”

The problem with viewing violence as a cultural trait is that it presents the issue as one of an innate brutality and savagery, whose roots are in Jamaican culture rather than generated by the system itself. Thus it distracts attention from the socio-economic inequality and the lack of opportunities for decent work and living conditions in the country, the everlasting structural adjustment that has marooned the impoverished out on a rickety limb; the systemic problems that contribute to violent solutions to social problems and need urgent attention. For the violence that envelops Jamaica is not a symptom of its culture but the fallout of the ‘Babylon’ system the country’s numerous singers and DJs have raised their voices against.

Though there were many who appreciated my use of cutting edge scholarship to make my argument on the subject of violence, there was a surprising pushback from the Gleaner. I was told that this particular column was considered “Too philosophical and not digestible by regular folk”.

A lot is claimed on behalf of ‘regular folk’ and it made me wonder whether the reason most public discussion here remains simplistic and one-dimensional is this insistence on dumbing down debate for the much maligned regular folk. I’m sure some folk object to exercising their minds even occasionally but there are many others who don’t. Which constituency is a columnist at the premier newspaper in the country to cater to? What is the role of an opinion columnist? To provide pap for the masses or to give them the benefit of some of the finest thinking on a subject of relevance to them?

Are we not guilty of fostering a culture of anti-intellectualism when we insist on insulating the public from complex ideas and arguments? Don’t Jamaicans deserve better? I don’t like running fast myself nor could  I if I tried, and I’m sure there are many more like me, but I’m so glad that Usain Bolt, Shelly Ann, Asafa and the others weren’t told they had to slow down and keep pace with us so as not to hurt our feelings.