The dudus chronicles shows a foreigner’s perspective on an incident that threatens to be a nine-day wonder and quickly forgotten by Jamaicans. The show chronicles such moments from the soldiers moving into Tivoli Gardens to Dudus allegedly peeing himself.

The Dudus Chronicles is a body of work I’ve had the opportunity to watch  as it took root and developed in front of my eyes. The first few artworks were created at Roktowa in downtown Kingston around the corner from Tivoli Gardens in the days following the breaching of Tivoli. As i wrote at the time:

The Hunt for Dudus has inspired Belizean artist Hubert Neal Jr., who arrived in the island on May 20, just before ‘Operation Take Dudus Alive’ unfurled. Neal, an artist in residence at Roktowa on Pechon Street around the corner from Coronation Market and Tivoli Gardens found himself the recipient of an unlikely studio visit a few days ago when three groups of soldiers decided to patrol the old Red Stripe Brewery where he works along with the Haitian artists who are part of the ‘Trembling Heart’ project.

The soldiers allowed themselves to be detained by Neal’s painting in progress, titled–what else–The Hunt for Dudus. They questioned him closely about his representation of the storming of Tivoli, disapproving of the low number of soldiers depicted (see photos above and below).

When unforeseen circumstances forced Hubert to flee uptown, he continued producing the body of work at my place; finally the public gets to view the paintings at Grosvenor Galleries this weekend.

The video below shows Hubert Neal Jr strolling through downtown Kingston on a busy Saturday morning; the footage was taken with a flip video by Varun Baker.

ONGR (On the Ground News Reports) posted the information about Hubert’s show on Facebook generating an amusing string of comments. See below:
On the Ground News Reports: Confirmed: A Belizean artist, Hubert Neal Jr, has launched an art exhibition entitled “The Dudus Chronicles” showing his artistic perspective on the incursion into Tivoli Gardens leading up to the capture of Christopher Coke. It will be held at Grosvenor Gallery, Kingston on August 21 at 7pm.

C T got to go see this

Venice but a wha dis?

Sean sweetheart, you took the words right out of my mouth

Christina a wonder if dudus copyright/trademark him name?

Thelma Talking about thinking outside the box!

Bicknell lol… i wanna see this

Lori a wha this father……. hehehehe

Natasha he needs to create a Facebook invite!! I will def be going….think it’s safe? DWL!!

Javaughn yow trust me dudus is a legend

Shauna When this transpired, I said to myself historians and artists will have a field day and so said so done.

Ingrid poor Dudus all when him lock up inna prison people still a use him fi money.

Tanya I may just go check this out.

Lisa OTGNR mussy get a smalls fi put up post bout Dudus cause every week wi get a dose a Dudus medicine! Everyday a Dudus Dudus mi tiad now man!

Annie: Funny how everyone assumes this is an attempt to make money rather than an artist’s response, would you say the same if someone wrote a story about all this? It’s easier to sell paintings of flowers and pleasant scenery by the way than something really relevant only to a relatively small group of people, ie, Jamaicans…

Natalie @ Annie – I was trying to figure out what to say in response to those comments. Do I give a mini-lecture on the role of art in societies, that has nothing to do with painting pretty pictures; do I say that not everything has a dollar valu…e nor does everyone use their skills purely and onlyfor the sake of making money; or do I say, why don’t you just stop and think for a second: is it possible that there is more to say about and more ways to talk about Dudus as a phenomenon than what has been written and spoken so far? And if so, shouldn’t your attitude be one of curiosity instead of being dismissive? So, I decided not to respond.

Annie LOL Nat it’s baffling isn’t it, if not depressing, so all the DJs who’ve sung about Dudus only doing it for the money too?

Readers and publishers engage in new medium for debate

Twitter is not to everyone’s taste – it’s no secret that many readers
of this blog suspect that the Guardian gives the microblogging service
far more attention than it deserves and might agree with Oyl
Miller’s stream of consciousness piece in McSweeney’s this week that
begins: “I saw the best minds of my generation destroyed by brevity,
over-connectedness, emotionally starving for attention.”

Haiti at 6 months|Managing expectations by not naming them?

A tree is a rare sight at a camp and here, in Tabarre, residents use the shade for community meetings.

When I nearly fainted in the second camp we visited in Tabarre this Monday, some of the women leaders who live there brought me a Tampico juice right quick.  It was sweating, ice cold. How do they get ice? And where do they keep it? Then I thought, Great. They’re running to bring me juice while the 250 families that live here get by on 500 gallons of water a day. That’s the same amount of water in a luxe hotel’s fish tank.

On July 7, CNN fired its senior editor of Middle East affairs, Octavia Nasr, after she published a Twitter message saying, “Sad to hear of the passing of Sayyed Mohammed Hussein Fadlallah,” one of the most prominent Lebanese Shiite spiritual leaders who was involved in the founding of the Hezbollah militia. Nasr described him as “one of Hezbollah’s giants I respect a lot.”

The unpublished journal of a successful entrepreneur

One year ago, I spent an entire night dreaming that I was a giant fly. When I awoke, I was startled to discover that I was myself. I decided that this was a vision, and asked my Guruji (from Better Living through Conscious Snoring) what I should do with it.

Guruji told me to stop depending on other people to tell me what to do, become an entrepreneur, and document my journey and daily achievements in a journal.

This is the journal:

Ataklan flavours up The Mix

The crowd went crazy for Ataklan on July 3, at the T&T launch of The Mix at Casa de Ibiza on Tragarete Road in Woodbrook.

Ataklan has been coming to Jamaica frequently over the last year to record songs for his next album here. Identified as the “Trinidadian friend” in the photo below when it appeared in a Jamaican blogpost, Klan even penned a Dudus song called Kingston Town (“Man, so many of dead bodies, so few recovered guns…Tell me what a gwaan roun here, is there no love for life roun here…“) while here in June. I’m indebted to Corve Dacosta who took the photo for his blogpost on the Jamaica Pegasus tweetup. 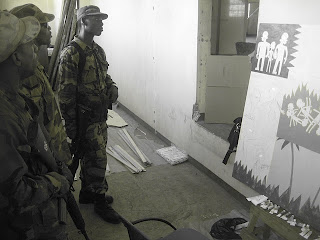 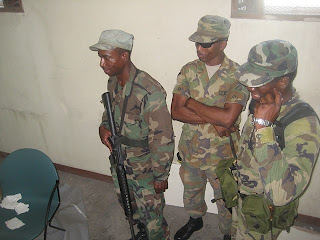 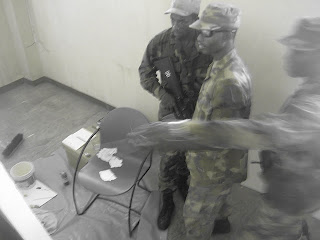 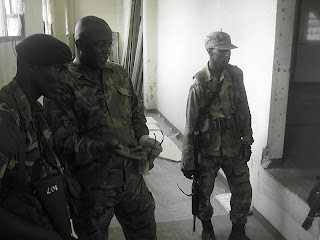