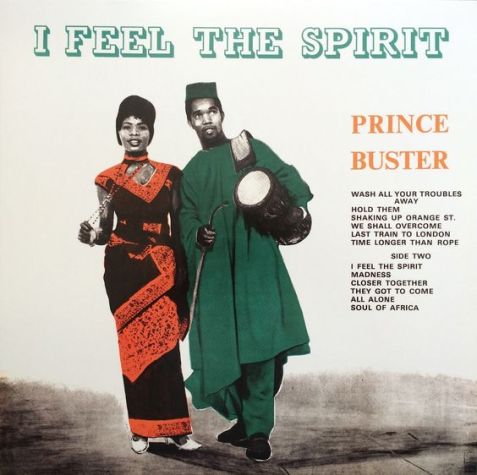 Prince Buster died on September 8 this year, roughly two weeks ago. I remember feeling a deep  sense of loss all day long into the next few days that was exacerbated by the scant attention local media was giving the news. On the day of the latter-day superstar’s death radio and TV newscasts in Jamaica carried it way down in their line-up. None of them even had the sad news as a top three item as far as I recall.

I didn’t know Prince Buster personally. I know that he was a crucial pioneer of the success story that is Jamaican music and I love his music and his swaggering history. When @DahliaHarris said “The way international media is paying tribute to Prince Buster is amazing. We need to teach our youth about our Jamaican legends” I completely agreed. The news of Prince Buster’s death should have led newscasts in Jamaica on that sad day for this was the passing of a legend.

Think about it. Had a paltry politician from the top two rungs of Parliament died it would have led the news here but someone who helped to put Jamaica on the map through its music, someone who inspired so many people worldwide that when you google his death you get a list of tributes published in all the top global media—the New York Times, BBC, The Economist, The UK Guardian, Rolling Stone—no of course not…that’s secondary news in the country of his birth.

The Economist’s tribute described Prince Buster’s life as “a chronicle of the tropical tempest that is modern Jamaica” and ended by invoking his blockbuster Hard Man fe Dead:

“In his 1966 record “Hard Man Fe Dead”, Prince Buster sings the tale of a corpse who steadfastly refuses to die.  It’s an ode to the indomitable spirit of his countrymen—and a fitting tribute to his own legacy:

“Now the procession leads to the cemetery,
The man holler out—don’t you bury me!
You pick him up, you lick him down,
Him bounce right back, what a hard man fe dead.”

It’s at moments like this that you realise there is something seriously askew with the way Jamaican society operates. This lopsidedness also manifests itself in the inability of the country’s bourgeoisie to understand who Portia Simpson Miller is and what she represents to many people in this country. “I’m a hard woman fe dead,” she said when she emerged triumphant from the internal elections of the People’s National Party last weekend, having won 2,471 of 2,669 votes cast by delegates.

This after a mounting campaign in the media to discredit her in the weeks preceding the election, on the grounds that it was time for her to go, particularly as her health seems increasingly to be an issue. The negative campaign only seems to have spurred on the support this grassroots leader enjoys. In 2006 when Portia won the PNP’s leadership election for the first time, with the vast majority of PNP delegates voting for her, it was against the wishes of the majority of the party leadership at Cabinet level, and in Parliament.

Unfortunately for the top leadership they soon realised that none of them could muster similar support from the delegates and thus began a decade of an uneasy coalition between middle class and elite PNP leaders and Portia. Although some of them were involved in the campaign to hasten her departure they have now been told in no uncertain terms by the delegates that she will go, when she, and they, are ready. Without Portia the PNP may never win another election and that is the simple truth of it.

As a wit once observed in response to snarky sniping about Portia Simpson Miller’s lack of higher academic degrees, “Who say Portia don’t have PhD? Portia Have Delegates. seet deh? PhD.” An upper St Andrew friend was bitter about Portia’s re-election as party leader, grumbling that she needs to go as she couldn’t represent the country. Why not, I prodded. “No man, she can’t speak for me,” came back the answer, and implicit in that statement was all the prejudice and disregard too many of us feel towards the grassroots of this country.

The sober truth though, is that neither can Upper St Andrew (and its counterparts) speak for the grassroots any longer. That is why Portia still reigns…and why the passing of Prince Buster should have been front and centre of the news on September 8, 2016. No two ways about that.