A note on the passing of Petrine Archer-Straw, British-Jamaican art historian. 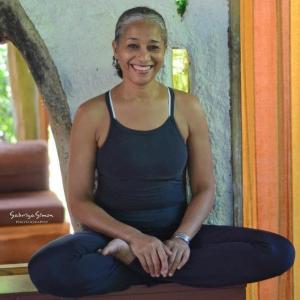 The Caribbean is in mourning at the sudden passing of one its small group of art historians, Dr. Petrine Archer-Straw. Not many of us knew that she suffered from sickle cell disease which literally allowed the grim reaper to scythe her yesterday, on the eve of her 56th birthday. I didn’t know her closely, but we both wrote about art and sometimes found ourselves in the same forum, as in 2002 at the Documenta11 platform on Créolité and Creolization in St Lucia. Our views on art and culture often diverged but i will miss her meticulously kept blog which chronicled most art events worth recording in Jamaica. Her entries were brief, to the point and allowed you to get a quick sense of whatever it was she was documenting.

Interestingly in a recent posting she found herself confronted by the freewheeling  visual prodigy Peter Dean Rickards, who challenged her description of his recent excursion into the English art scene as a ‘claim’ on his part ‘to‘ fame. After a brief back and forth she was forced to alter the preposition ‘to’ to ‘about‘ which more accurately described his engagement with Banksy, and with LA Lewis whose tongue-in-cheek exhibition ‘Almost Famous’ was incorporated into the Nottingham show. Thus her final sentence read:

Rickard’s deliberate destruction of Banksy’s work and his ‘outing’ of the internationally enigmatic artist Banksy has solved a mystery, while also making an ironic statement about Rickard’s own claims about fame. View more works in the show.

One of her most recent projects was a collaboration with Claudia Hucke from the Edna Manley College of art in which they revisited  Jamaica’s first exhibition to tour Europe after gaining independence in 1962, Face of Jamaica, providing rich context and information about it:

Petrine was also responsible for creating a mural at the University of the West Indies’ Taylor Hall, a student dormitory. See image below courtesy Trevor McCain:

For more about Petrine or Pet as she was known to her close friends read this moving eulogy put out by the Art History Department at the Edna Manley College of the Visual and Performing Arts:

The Art History Department and the School of Visual Arts regret the passing of Dr Petrine Archer-Straw. Dr Archer-Straw passed away in the early morning of 5 December 2012 at UWI Hospital as a result of a sickle cell crisis.

Dr Archer-Straw was the first official Head of the Art History Department here at the College serving as a Consultant from 2002 till 2004. She was responsible for creating the Department, recruited three of the five current staff members and created a long term vision plan for a possible Art History/Visual Culture major.

Dr Archer-Straw has a strong publication and curatorial record including her monograph Negrophilia, the book Jamaican Art, which she co-authored with Kim Robinson, and her exhibitions New World Imagery, Back to Black and Photos and Phantasms. Most recently she co-curated with our member of Department, Dr Claudia Hucke, the online exhibition About Face: Revisiting Jamaica’s First Exhibition in Europe. At the National Gallery of Jamaica she was also directing a major project that would critically engage the visual culture of Rastafari, entitled Rasta! Dr Archer-Straw early on embraced the digital world, excitedly using technology in the classroom and creating and utilising internet resources for Caribbean art. Her blog PetrineArcher.com is especially noteworthy for its entries on Jamaican artists. Dr Archer-Straw has taught at Cornell University in the United States and worked in the Bahamas, helping to create a roadmap for the structure of the National Art Gallery of the Bahamas.

Dr Archer-Straw was a gracious mentor and close friend to us all in the Department. She was a constant source of encouragement and guidance for our work. As a scholar she emphasised the importance of being focused, disciplined, and principled, but noted we should never lose the joy in our work. There was a formality to her demeanour emphasised by her English-Jamaican accent and her graceful poise from years of yoga. But she also knew how to laugh giddily with a girlish charm. Dr Archer-Straw was a model for us, never shying away from starting anew. She took up yoga training in her early forties and became a popular instructor; recently, she also became an art appraiser. Perhaps, because she suffered from sickle cell she emphasised a balanced life and found ways, whether through yoga, gardening or dancing to control her illness rather than having it control her.

We will miss her dearly.