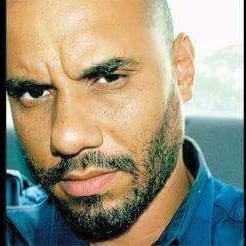 One of my favourite friends, Peter Dean Rickards, departed this crazy world on December 31st at 4 am. It’s heartbreaking to step into 2015 without him and I will do a longer, more considered post in due course but in the meantime here’s a compilation of some of the most compelling tributes I found on social media. A particularly touching one is from LA Lewis (Horace), someone both PD and I think/thought is a completely underrated genius…you see him here in a rare unvarnished video moment–the master of artifice with no props, unfiltered, mourning Peter’s passing. Peter’s magnificent spoof of the artworld–The Concepshional Artist–used LA Lewis as his subject, a role he played brilliantly. Check it out.

“Dem get out Bab Morley, Dem get out Bill Casby, and now they try to get out me. #kim #pete #uptown”–one of Peter’s last tweets…

You know, I was shocked, then sad then angry, then all three. But then when I look at how you left, I realise that the joke was on us. The screenshot. The cover shot. The ominous tweet and FB update- Mic drop! And then the dramatic New Year’s Eve exit down-stage. “Goodnight room. Goodnight moon. Goodnight cow jumping over the moon. Goodnight light, and NSA surveillance device…” I will always love you Peter Dean..and all the spaces between. Love to Aunty D and Pops and Sue and Rache and Satori and Shaman. 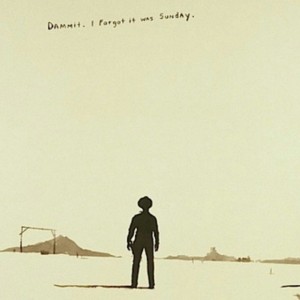 Peter Dean Rickards: I not sure uno Hannie…i teef it .

Peter Dean was our go-to guy for original, artistic and downright jaw-dropping photographs of Jamaican artists, models and the grimier side of life during my tenure at XLR8R. Bark worse than bite, he was always professional and humorous when we least expected it. He will sorely be missed.

RIP Peter Dean Rickards…your light shone brightly, burnt a few in the process and left us quite suddenly.

My brother, my friend forever, Peter Dean Rickards . You made us laugh, we got each other in trouble, we ducked gunshots together. You defined creativity and rebellion for most of us. Through your eyes and your camera lens we saw what was right and wrong about Jamaica and the world, and you laughed about it. You went at it fearlessly, and that made you even more creative. People like you don’t die…. People like you lived and will continue to live.

By @walshyfire “RIP to a great friend. One the most loved, hated, and feared people in the internet. From 1994 on dancehallminded.com to the first live in studio soundsystem dubplate recordings at downsound records in the late 90s. His artwork, photography and video captures of Jamaica and dancehall still reign supreme. Your contributions to Jamaican culture will never be forgotten Peter Dean Rickards. Rest in Peace brother.”

UpRising! @BullyRingo
The 1 @afflictedyard cut cause him tired a hang out wit bhuttus, den Joe call him fi shoot #GullyBop, that was the last straw

This took all day – mainly because I hoped it was a sick joke – but here goes:

Out of respect for a life I knew and worked with,
…the profession of photography lost a brilliant visionary of style, wit, and talent. This dude Peter Dean Rickards stirred the shit up whereever he could, pissed off many, even frightened a few, and was definitely among the #zerofucksgiven SoulJahs. BUT no one could dispute his talent or resist the laughs.

He was committed to showing the world the raw side of #Jamaica that frankly few others really looked at or cared to do honest photo-essays about…and he represented this with poetry and the sexiest style. In this singularity I absolutely respected his stubborn tenacious and incomparable vision.

No doubt now in death, as in life, there are mixed feelings about this genius cat, but I will admit I will miss the funny exchanges we had from time to time. He was utterly grossed out or at least wickedly amused by lachrymose sentimentality – so with that I’ll wrap it up with this:

Trust you to have this last graphic note on your site you nut! Ha! Alas the fight is over. #FlyInPeace PDR (but as you said too William Richards – he’d just tell me to fuck off and get on with something better to do. So off I go. LOL).

For those of you who do not know this mans work – familiarize yourself.
Unforgettable eye.
www.PeterDeanRickards.com
www.AfflictedYard.com

“I just wanna cause enough shit to be a good bar story for a hundred years or so.” – Peter Dean Rickards

Who will take the photos now… RIP

All Hail King Peter Dean! The most Afflicted Mad Man the World has ever seen.
You dressed your Doberman in long shirt and drove him in Car front seat to intimidate pedestrians with gritting & snapping of his teeth.
*SALUTE*

Goodnight beloved. Much guilt in my heart for not staying with you Tuesday night You didn’t want to be left alone. My hope is that it was soft like cream. you battled for every breath for some time now. Now you rest. I miss you and wish you were still here. But the suffering was too much for you. See you in the afterlife. Shine your star bright. Oh my god you are amazing PDR.

So very sad and shocked to hear that the inimitable Peter Dean Rickards has died; a unique and acerbic wit, a brilliant photographer and a fantastic ambassador for Jamaica in all the right ways.

Always thinking outside of the box., always different, always …. FIRST..Genius at imaging ..Still trying to grasp some of your work, thats how advanced you were . Gonna miss our talks even though its been a while since we last chatted. now i am figuring out all the reason for all the changes in recent times.. Always loved your spirit and admired your works Rest well my friend. You have left The afflicted yard in mourning

THIS WAS PETER LAST FILM THAT WE WORK AN BE FOUR HE LEFT JAMAICA LIFE IS SO SAD I WAS LOOKING FOR HIM TO RETURN WE LOVE YOU PETER https://www.youtube.com/watch?v=RaZt1NLZRfg 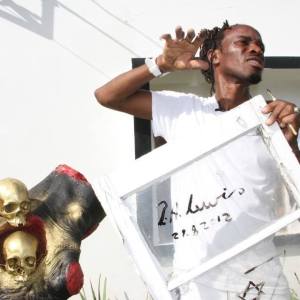 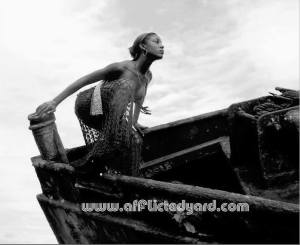 2015 has been a year of great learning and friends lost. R.I.P @afflictedyard I will thoroughly miss you ‘Ruddy’. You were one of the first photographers to see the beauty in me. When I was just 18, you said “climb that rusty ship in Port Royal and come Mek we tek some pics” that’s when I knew you were crazy and I loved it! Those who knew you knew you loved controversy, you lived for it and you were a true artist to the core! Honestly one of Jamaica’s top ‘Media Terrorist”. I loved and respected your craft and loved you as a friend. Again you will be missed Peter, until my friend. Try not to piss the cosmos off lol ‪#‎rip‬ #2015 ‪#‎sad‬ ‪#‎friend‬ ‪#‎Jamaica‬ ‪#‎model‬ ‪#‎artist‬

Julian @AllianceJamaica
this is one of the most enduring memories I have with @afflictedyard was captured here. him draw me out of my yard. I ended up in Tivoli about 3 am the same night with my laptop showing Dudus the harrowing photos Pete took of Chris Royal’s death scene

Christina Xu
@xuhulk was a complicated man and a brilliant photographer but I’ll always remember him for this: newsone.com/44922/jamaican…

Jamaican Dog Defecates on Priceless Banksy Piece
A new chapter has emerged in the struggle between legendary at-prankster, Bansky and his Jamaican photographer nemesis, Peter Dean Rickards. Rickards has allowed a dog to defecate on artwork  Banksy,
  NewsOne @newsone

BigBlackBarry @BigBlackBarry
Big loss.The definitive jamaican film of my generation woulda been done by Peter. It woulda taken forever, but he woulda gotten around to it

BigBlackBarry @BigBlackBarry
The lizard town massacre pics. The thurs nite boxing pics. Passa Passa. Kids in tivoli. No one else got it like him

Russell Hergert @russellhergert
Saddest thing is Jamaica lost its most important artist today and they don’t even realise it. @afflictedyard #afflictedyard #timewilltell

2 thoughts on ““I’m dead. No returns.” : The Afflicted One checks out”