India launches its Mission to Mars amidst excited tweets and the usual criticism. 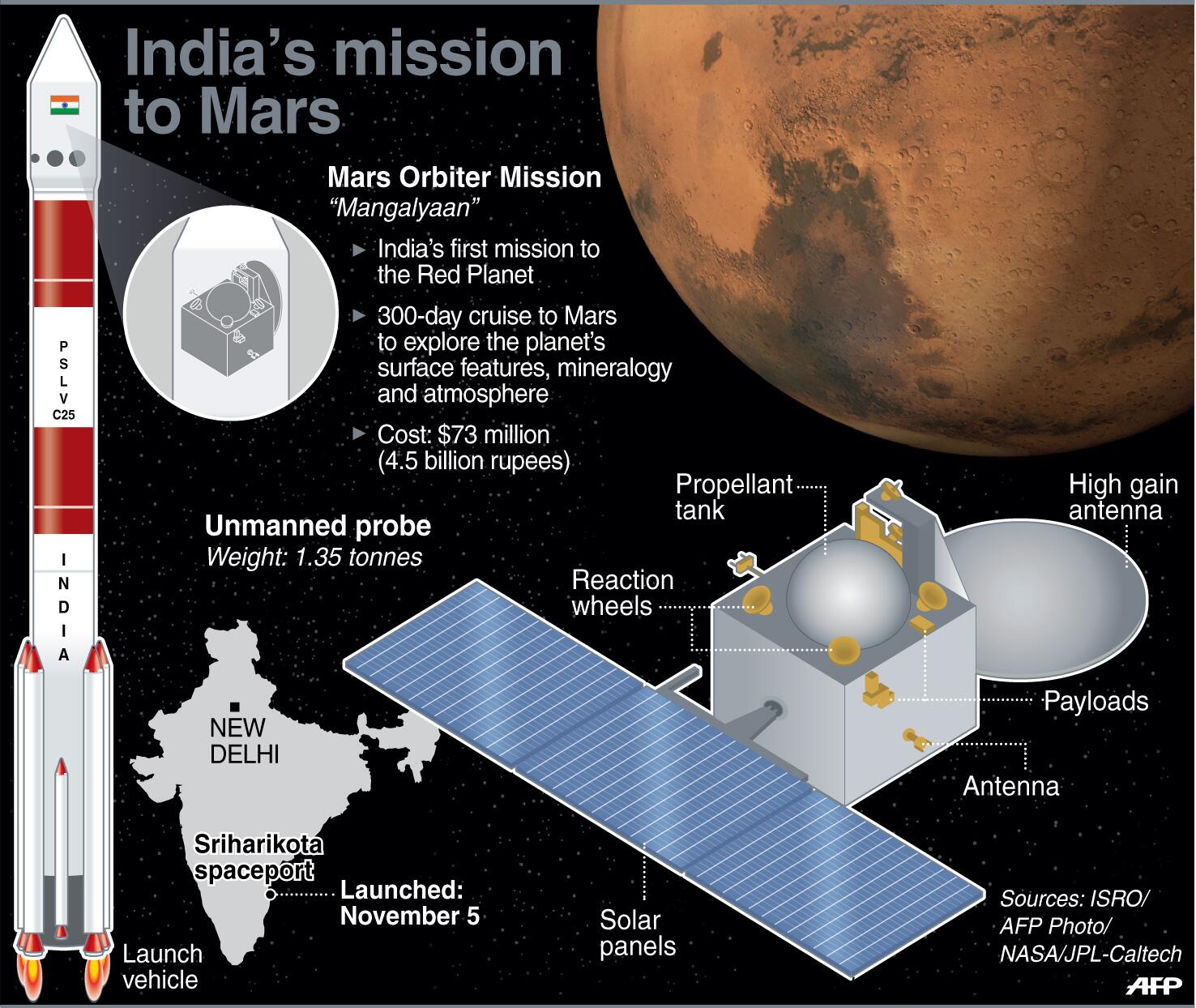 Waking up this morning at 5-5.30 am, i checked in with Twitter, as i usually do, to see what the folks on my Indian timeline were talking about. It turned out to be something quite spectacular. The Indian Space Research Organization (ISRO) at Thumba in Kerala (the state I happen to come from :)) had just launched India’s Mission to Mars and all or most of my Indian peeps were still tingling from the excitement of having just watched the liftoff live on their smartphones, tablets and TVs. Of course the occasional naysayer could be heard here and there as well, eg:

Anusha Yadav ‏@anushayadav
Sending a mission to Mars to pretend we are all so first world is like making a swimming pool on slum land and calling it a 5 star hotel.

This is such a predictable wet blanket, one i don’t subscribe to at all. In the first decade after independence in India national leaders decided to set up five Indian Institutes of Technology, state of the art institutions delivering cutting edge technological education. At the time there were many opponents to the new ventures who cited similar reasons for not undertaking such expensive investments. India was poor they claimed, too poor to afford elite educational establishments using such high-powered technologies. Fortunately the naysayers were outnumbered and the IITs became institutions to reckon with, directly spawning what would eventually produce the IT revolution that galvanized the Indian economy30-40 years later. So more power to the Indian scientists who made Mangalyaan, the popular name for the Mars bound spaceship, possible.

The following selection of tweets culled from this morning’s stream reflects the tug-of-war between enthusiasts and naysayers. Fascinatingly it also exposes another schism, that between North and South India. As I mentioned earlier the spaceship was launched from the deep South so to speak–my home state of Kerala–also the most literate state. One person even went so far as to ask if this launch would have taken place had the scientists involved been North Indian. Culturally there are deep differences between North and South with North Indians generally looking down on South Indians (and making fun of their accents) who counter this by flaunting their superior intellectual traditions.

Others focused on the relatively low budget India had managed to pull off this great achievement with. Basically for the cost of four blockbuster Bollywood films we had managed to put a spaceship in orbit. Early indicators are that China is green with envy. Enjoy the tweets below and the article after that giving details about India’s exciting new space initiative.

Ashok @krishashok
I just saw India launch a rocket to Mars on my phone over 3G. I know we have problems to fix but we have sure come a long way
Details

Shivam Vij @DilliDurAst
Hmm. “@rupasubramanya: The successful launch to Mars today is a great moment for South Indians. We should be proud.”
15h

Manreet S Someshwar @manreetss
For all the naysayers on #Mangalyaan, here’s Wilde for you: We are all in the gutter, but some of us are looking at the stars.
16h

Surekha Pillai @surekhapillai
i’m a bit of both. worship me. MT @samar11 Q: Would there be a credible Indian Space programme without all those Tamilians and Keralites? 😉
17h

Overrated Outcast @over_rated
At the cost of four and a half Salman Khan movies, ISRO sent a rocket into the orbit of Mars.
17h

Chetan Bhagat @chetan_bhagat
You know how they say in offices when someone doesn’t get it “It’s not rocket science you know.” Wonder what they say in ISRO.
17h

Mangalyaan, which means “Mars craft” in Hindi, is the size of a small car. It is golden in colour and will be carried by a rocket much smaller than American or Russian equivalents.

About 1000 scientists spent Diwali at work and also did not sleep last night, many of them performing last-minute health checks on the rocket that is now fully-fuelled and ready to go.

Lacking the power to fly directly, the 350-tonne launch vehicle will orbit Earth for nearly a month, building up the necessary velocity to break free from our planet’s gravitational pull.

Only then will it begin the second stage of its nine-month journey which will test India’s scientists to the full, five years after they sent a probe called Chandrayaan to the moon.

More than half of all Mars projects have failed, including China’s in 2011 and Japan’s in 2003. Only the United States, Russia and the European Union have successfully reached there.

The total cost of the project is 450 crores, one sixth of the cost of a Mars probe set to be launched by NASA in 13 days. (India’s mission to Mars: 10 facts)

The 1,350-kilogram unmanned orbiter must travel 485 million miles over 300 days to reach the red planet next September.

“This is a technology demonstration project, a mission that will announce to the world India has the capability to reach as far away as Mars,” said K. Radhakrishnan, chairman of the Indian Space and Research Organization.

5 thoughts on “India’s Mission to Mars…”