First post participating in NaBloPoMo (National Blog Posting Month) in which I feature my first encounter with Central Park in New York City.

Well, it’s November 1 and I’ve decided to take part in NaBloPoMo (National Blog Posting Month). That means I’ll post something on my blog every single day this month. Thousands of people are participating in this event all over the world so the ‘National’ should really be changed to ‘International’ resulting in InBloPoMo. But at the moment it remains the blogging counterpart of NaNoWriMo (National Novel Writing Month) during which hundreds of thousands of would-be novelists churn out 50,000 words during the month of November. Well, i guess they haven’t heard of the demise of the novel…

So I was in New York City last month for about 9 days and found myself staying one short block from Central Park. Before reaching the city I had had ambitions of walking in the Park every single day of the precious 3 days at that particular address. No such thing happened and I found myself hurriedly getting a walk in on the very last day. What surprised me was that even though it was the end of October very few trees had changed to the traditional autumn colours of yellow, orange and red. Was this another sign of the creeping climate change we’ve all been noticing recently?

The apartment I was staying in was at 102nd st very close to the 103d st entrance to the Park. There’s a lovely duck pond there with benches sprinkled here and there. What I hadn’t expected were the little plaques on each bench evidently placed there by the individuals or families who had paid for the particular bench. I’ll post some of the photos I took below: 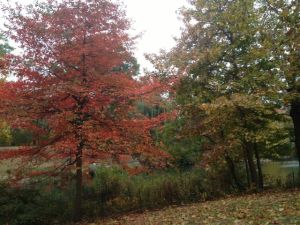 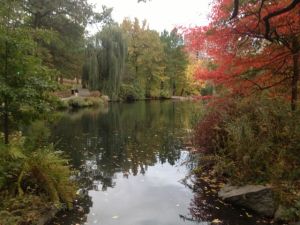 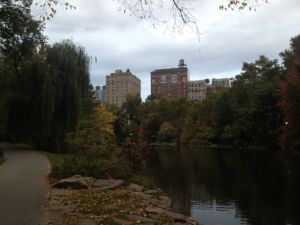 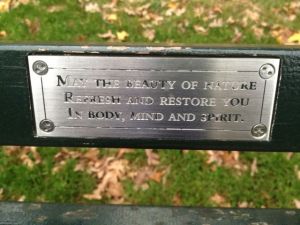 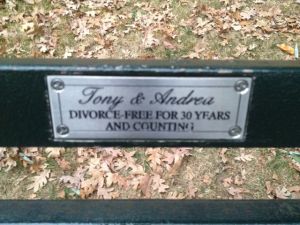 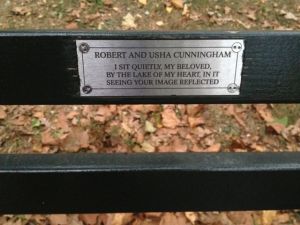 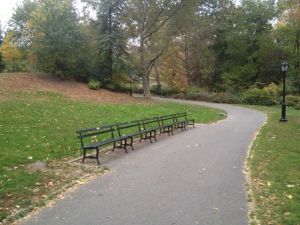 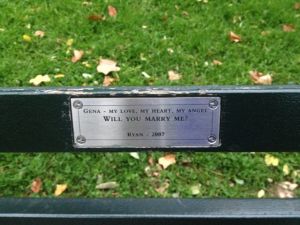 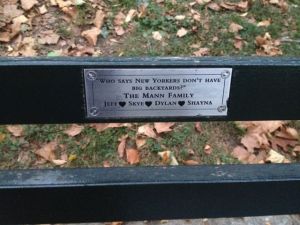 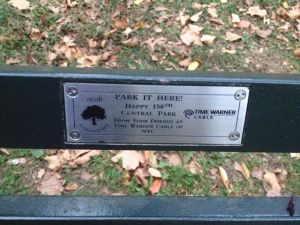 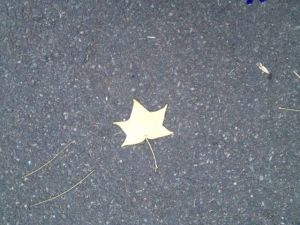 And soon after getting back to Kingston I came across the article below which I found alarming considering that Central Park in effect constitutes the lungs of the city…are the proposed skyscrapers akin to invasive cancerous growths that will eventually cause the demise of this treasure?

The city’s parks are among the few empty spaces protected from New York developers. No parking garages will ever trample Central Park’s Sheep Meadow and no high-rise Walmart’s will ever raze Prospect Park’s Nethermead. But there is one threat to the park’s sanctity that perhaps few people had considered: The Shadows.

It’s not a weird hypothetical sprung from the world of sci-fi. Developers are eying the south side of the park as the new home to seven enormous towers which will serve as second and third homes for as-yet-unborn children of gallingly wealthy oil moguls around the world. The towers, nicknamed Billionaire’s Row, will stand as tall as 1,424 feet, and the shadows they will cast over the park will serve as chilling reminders that their owners are probably on a plane destined for Saint-Tropez anyway, and you’re on the ground shivering under their icy umbra. It’s an allegory for your life.

Looming skyscrapers can make a particular difference in the winter months, Michael Kwartler, the president of the Environmental Simulation Center, told Warren St. John, who penned an op-ed in today’s Times on this very issue. At noon on the winter solstice, Kwartler calculates that the building’s shadows will fall half a mile into the park by noon, and up to a mile as the day wears on. “The cumulative effect of these shadows will be to make the park less usable and less pleasant to be in,” Kwartler said.